Five Star Home Improvement LLC has been serving the great residents of Cedar Rapids for over 60 years now. We are a locally owned, 3rd generation family business and we were recently voted best-rated roof repair and roof replacement contractor!

Things to do in Cedar Rapids, IA

Cedar Rapids has a population of 400,000 people and lies on both banks of Cedar River and North of Iowa City. It’s home to Cedar Rapids Museum Art, Theater Cedar Rapids, Paramount Theater, and the National Czech and Slovak Museum. If you’re a visual theater enthusiast, there are plenty of activities happening throughout the week. Besides that, they offer seasonal shows of local and international artists. The U.S Cellular Center is a modern venue for big-name music artists and theatrical productions.

The city allows residents and tourists to embrace the area’s natural beauty. One of the places you can enjoy outdoor activities is the Indian Greek Center. It consists of 200 acres of trails and is children-friendly. During the warm weather season, you can enjoy outdoor activities like biking and hiking. Apart from that, the city has two aquatic centers. At any time of the year, you’ll find residents enjoying the city trails.

When it comes to the culinary scene, the city has exciting restaurants to satisfy your palette – from upscale fine dining to farm-to-table foods. There are some so many cuisines to explore. Pair with a creative cocktail and award-winning crafted beer for an enhanced experience. Some of the best restaurants that can treat your taste buds include Parlor City Pub and Eatery, NewBo City Market, Sykora Bakery, Polipoli, and Cobble Hill Eatery. For those looking for instant gratification, you can take advantage of vendors selling grass-fed beef, fresh bread and more. If you’re looking for a place to have a drink in the neighborhood, dive into pub 217. It’s the perfect stop for those who want to pair a comfortable restaurant and a bar. Let the Midwestern service shine through.

Cedar Rapids is not a city of dreamers – it’s a community of doers. 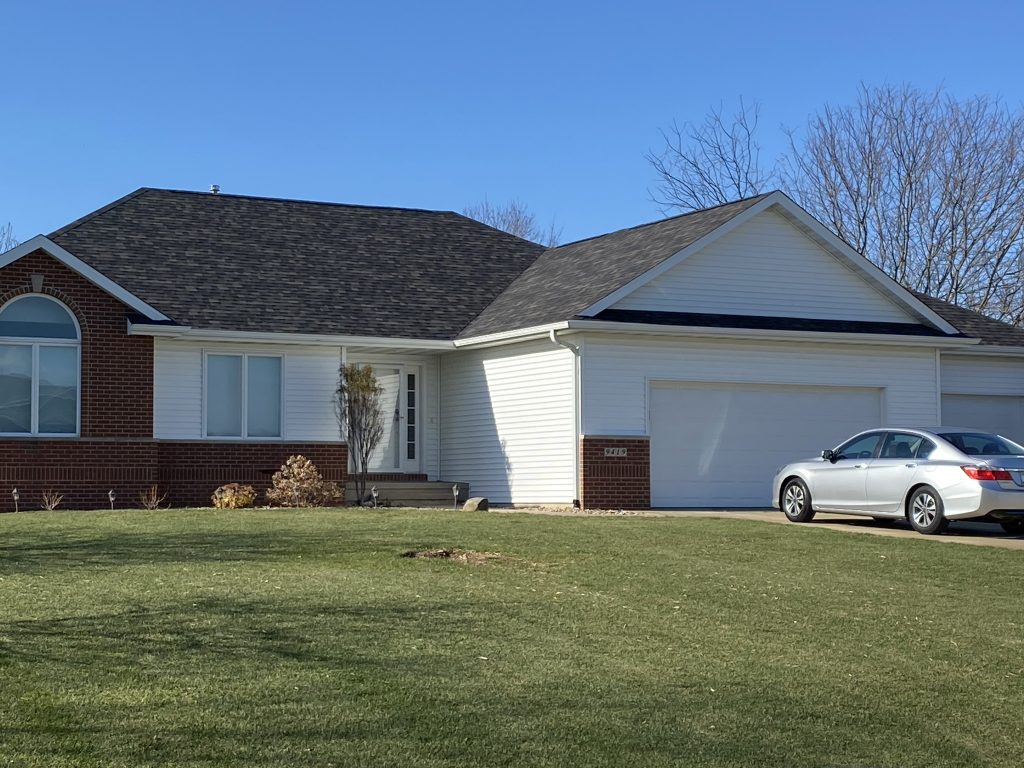 Recent hail storms had blown through the area, causing damage to many local homes. We had been working in the area on several homes already so we decided to offer a storm damage roof inspection to the rest of the neighborhood. Many homes in the neighborhood were in fact affected, as we determined during the inspections process.

This particular homeowner was grateful we were able to locate the storm damage before the heavy rain came shortly afterward, as it would have created significantly larger problems, including water damage to the attic, drywall, and more. Additionally, the roof was 20 years old, which is likely why the storm took such a toll on this asphalt shingle roof.

We sat down with the homeowner and his wife and showed him all of his options. He decided to go with Owen’s Corning Duration Shingles, which are known for their great curb appeal and excellent performance.

We started on his house the following Friday, removing the existing roof and replacing it with the new shingles. Our crew worked diligently to ensure that there was no mess left behind during or after the project. The customer commented on how nice his roof looks and how quickly the crew worked. They were also impressed with our warranty on both labor and materials. Thank you for choosing Five Star for your roof replacement! 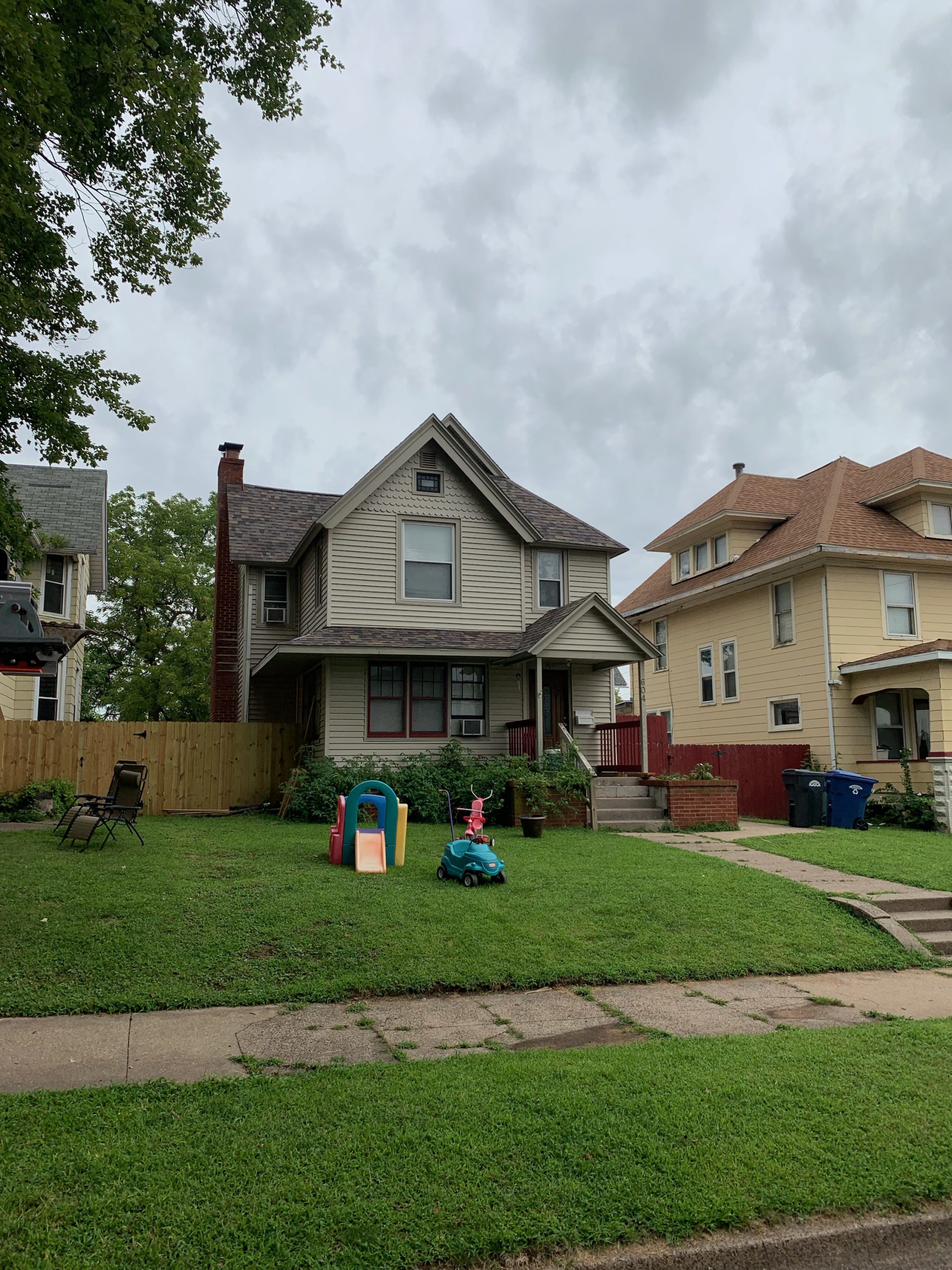 A Cedar Rapids family had a problem with their roof leaking. In a panic, they Googled the best roofing company in the Iowa area, and they got in touch with the roofing experts at Five Star Home Improvement. We’re dedicated to customer service, so we gave the homeowner the full five star treatment. We first examined the old roof, took detailed measurements, and worked up several options for new roofs. Our roofing experts went over the proposal with the family to find a solution that worked for them.

Our expert contractors first removed the old roof from the family home before installing a brand new asphalt roof. We only use the highest quality products, and we put a Owen Corning asphalt roof with a traditional finish on the house. The family thought it really looked beautiful, but their favorite part was the 50 year warranty on the roof.

This local Iowa family found us through the internet, but Five Star Home Improvement will happily give you a free estimate over the phone too. We have several offices in Cedar Rapids, Iowa City, Davenport, North Liberty, Robins, and elsewhere around the region. We’re a local family company ready to help your local family too.

We took a phone call recently from a very nice gentleman from Cedar Rapids. He said he needed our help on his roof. When we asked how he found us he said he’d searched on Google and found our website to be helpful. He said his problem was shingles that were curling up and that his roof looked stained on the back side of his house. We said that could definitely be of service and arranged a time to meet.

Our crew was at his home in 3 days to inspect the condition of the curling shingles and the roof stain. Our inspection determined that a the roof on his home looked to be 20+ years old and was showing significant deterioration. The only cure that made sense in this case was a full roof replacement and to add additional venting for him. After we went through some shingle options, the gentleman chose a fantastic looking shingle that he’d hope would really make the curb appeal of his house better.

We tore off the old roof and replaced with an Owens Corning asphalt roof. Once we were finished, the client and his wife both expressed to us how happy they were with the results. The wife exclaimed, “The new roof looks fantastic. Our house is the best looking on the block!”

A new customer in Cedar Rapids IA contacted our office because the roof of her home and garage needed replacing. Her neighbor had used our company before and insisted we would be the best company to take care of her. We examined the 28-year-old roof and observed the shingles had curled and deformed over the years. The recent heavy rain did not help, as the roof had begun to leak in multiple spots.

To replace the curling shingles and leaky roof, we quoted the customer with a replacement using Owens Corning™ Duration® shingles with a 50-year warranty. She was pleased with the quote, and we began replacing the roof. We made sure to carefully work on her home to allow as little disruption to her as possible. Taking care of our customers is our number one priority. This customer was elderly, so keeping her yard clean from debris and damage was at the top of our list. When the job was finished, our customer made sure to tell us that she loved the new look of her home, as well as how much care we put into preserving her yard. 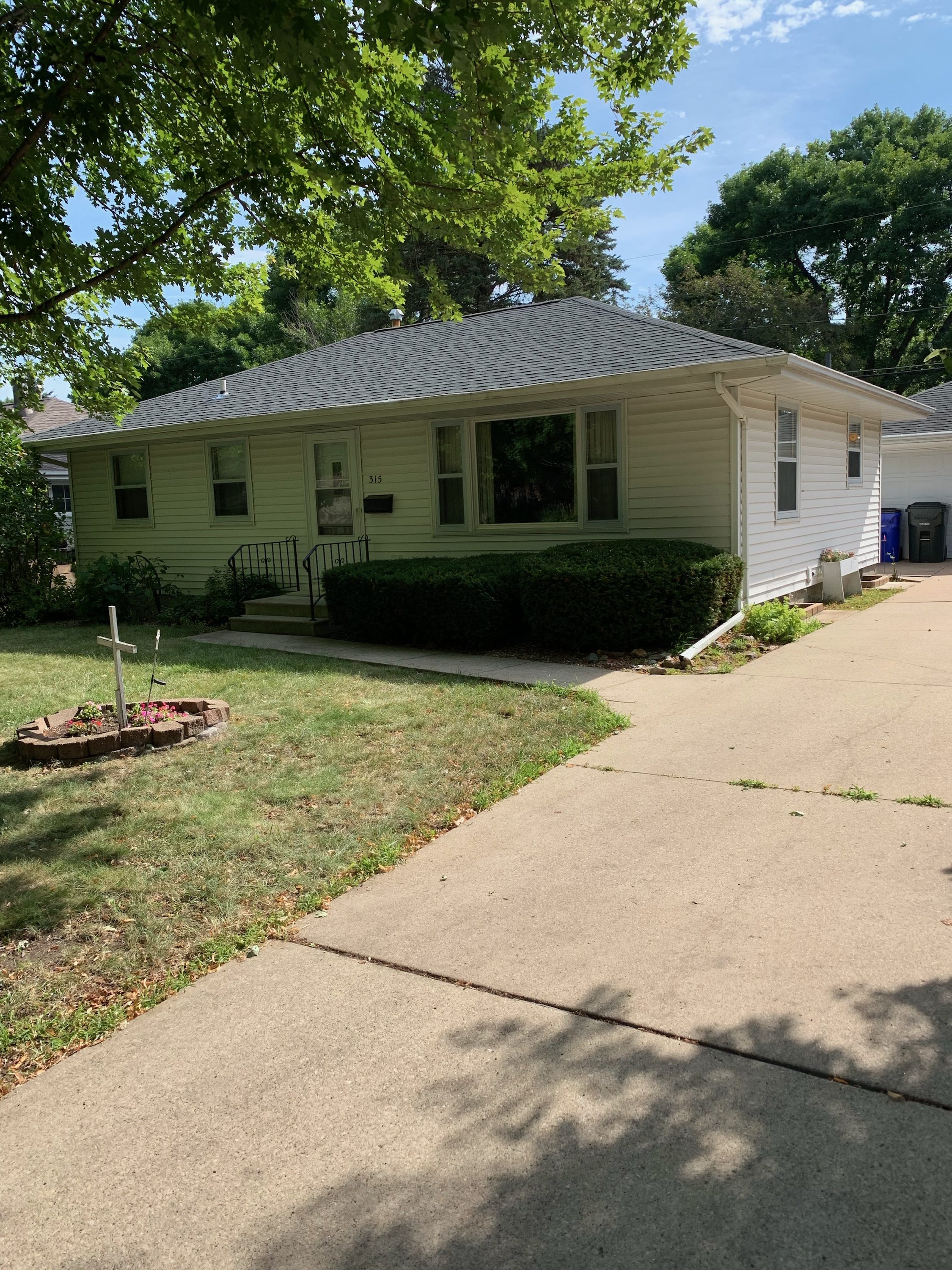 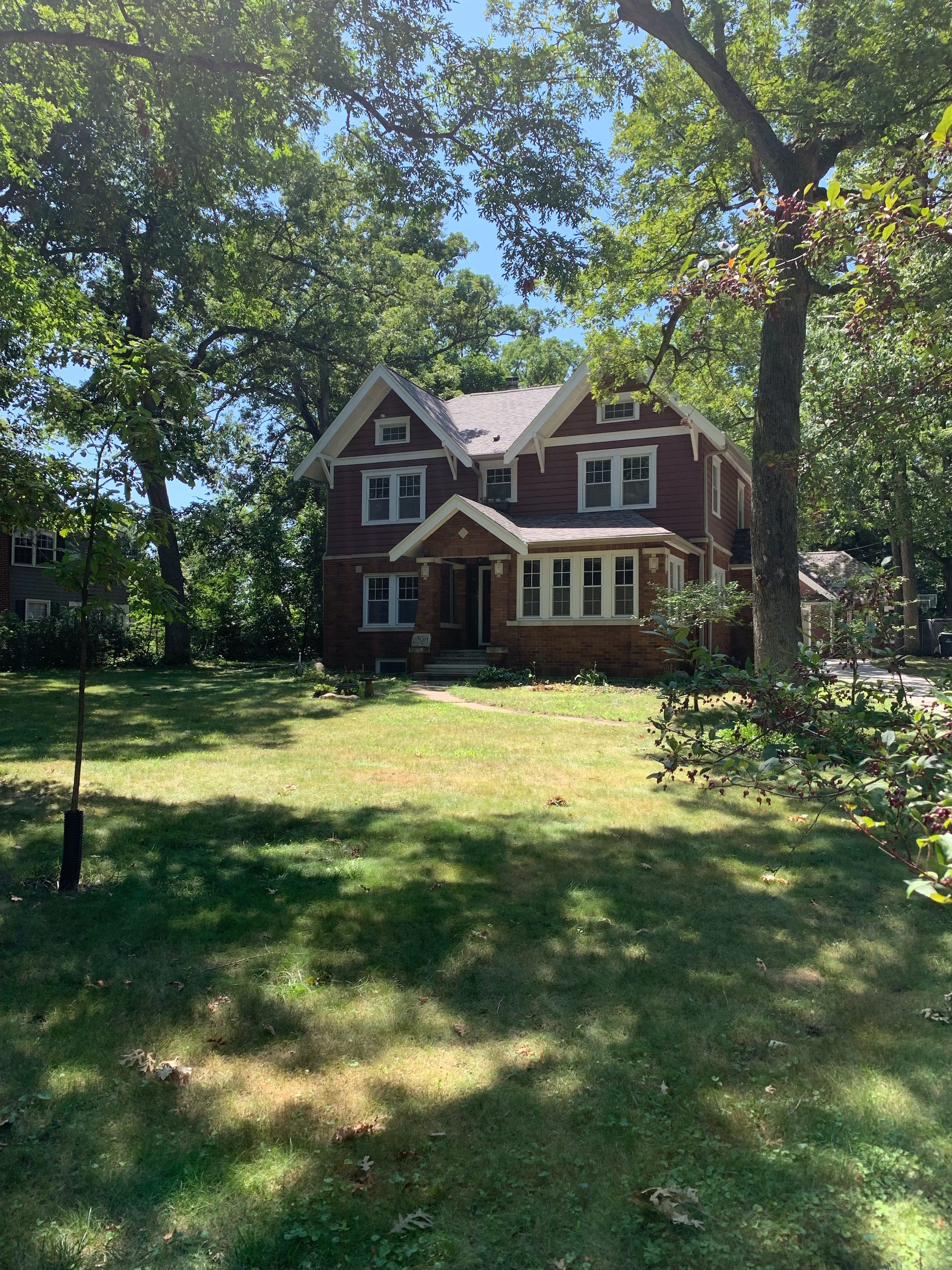 Five Star Home Improvement is more than a family-owned and operated roofing contractor. The company also provides the property owners of Cedar Rapids with window, siding, gutter, and insulation services.

Because of our reputation, a customer in Cedar Rapids whose parents had used our company in the past contacted our office to request a quote for a new roof. We made sure that he knew we would give him the same quality service that his parents had received.

We set an appointment to visit the home and inspect the roof. Their roof was over 25 years old and leaking, so it was in need of desperate replacement. The customer agreed to our affordable quote to replace the leaky roof with 50-year-warranty Owens Corning™ Duration® shingles.

We immediately went to work to replace the roof. Replacing the roof went flawlessly. The customer loved the look of their new roof, and loved the 50-year transferrable warranty even more! 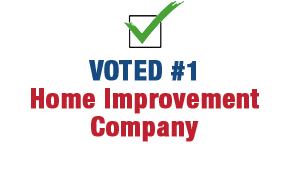